The Football (Soccer, In The Colonies) Thread

by martin » Mon Jul 12, 2010 1:16 am
Reply with quote
and my man, robben, what the **** was wrong with those easy' should have been goals'?!
anyway both teams played bad football, too tense, too little to enjoy, though i liked second half. but someone had to win. spain, as usual, controling the ball without much of anything else. whoever thinks that it means they were playing better, should watch more football. holland after ''sluggish'' start, which was usual start for them this tournament, played allright, but not too well. technically none of the teams deserved to win, or better, to lose. webb, making two crucial mistakes, let this fight club end sooner.
good for spain! congrats!
"i wish i was a little bit taller" skee lo

by migya » Mon Jul 12, 2010 4:19 am
Reply with quote
Well done Spain. They finally go far in the World Cup and they win the whole thing. Good stuff TMC, you must be real happy and that's a good thing. Didn't see the game, was up early in Bangkok getting ready to go to the airport, but heard it was pretty brutal, especially the actions by the Dutch players It was pretty much one of the most boring matches I have watched (and I watched quite a lot during my life so far). At least the first half. Definitely not a game I was hoping for in the World Cup final, though, I can understand why it was like that. Too much of a risk, because the stake was great.

Anyway, this was the worst WC I have watched. Vuvuzelas annoyed the hell out of me, refereeing was horrible throughout the tournament, bad pitches, awful cheering...well, you got it.

I'm pretty sure it will be a lot better in Brazil next time, the people there actually live for that game, and I can't see how it could be worse that this one.
And, just for the record, I enjoyed the most watching the games in 1998, when the WC was played in France. 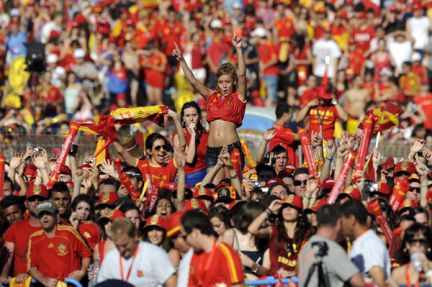 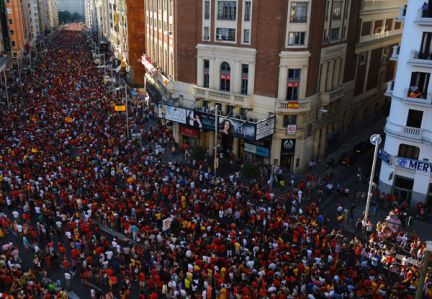 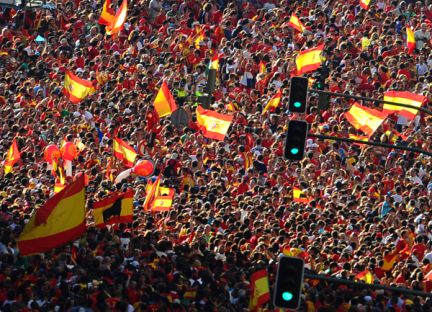 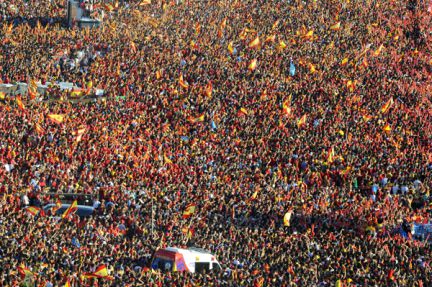 Beast Mode wrote:omg those spanish women are all probably so easy right now ... i wanna go so bad...

Beast Mode wrote:omg those spanish women are all probably so easy right now ... i wanna go so bad...

Count me in. When are we leaving?

Money wrote:Is it just me... (and Tolbert) but does that guy from Spain with the long hair look like Dee Snyder from Twisted Sister or what?

who puyol... he does a bit, yeah. I was trying to figure out who puyol looks like.
Post a reply
Return to “Sports Board”