by No Longer StuckInSoCal » Wed Feb 27, 2008 12:54 pm
Reply with quote
This just came through the media wire down here in sunny Southern California. I got a laugh on what Spiezo did after wrecking his car and figured some here may, too.

NEWPORT BEACH - A former Angels baseball player was charged yesterday with hit-and-run and driving under the influence of alcohol after a night of drinking in Newport Beach. Scott Spiezio, 35, Irvine, is charged with driving under the influence of alcohol, driving with a blood alcohol of .08 percent or more, hit and run with property damage, aggravated assault, battery, and assault. If convicted, he faces a maximum sentence of two years in prison. A $10,000 warrant has been issued for his arrest.

by sleandres » Wed Feb 27, 2008 6:47 pm
Reply with quote
Looks like the Cards released him shortly after this surfaced...

IRVINE, Calif. -- Utilityman Scott Spiezio was cut by the St. Louis Cardinals on Wednesday, released after being charged in a six-count complaint involving drunken driving and assault in a December car crash.

"We had heard some things about this," Cardinals general manager John Mozeliak said. "Ultimately nothing was ever confirmed to the level it was today. To have this warrant put out there, it completely changes the landscape of what we're dealing with."

A warrant was issued Tuesday for Spiezio, who missed more than a month last year while getting treatment for substance abuse. The warrant was recalled Wednesday after Spiezio's attorney appeared in court, and the arraignment was continued to March 26.

"We anticipate a successful resolution to this misdemeanor matter," attorney Paul Meyer said.

The 35-year-old Spiezio did not play in Wednesday's exhibition game against St. Louis University at Jupiter, Fla.

"Scott and I will have a statement at a later date," Spiezio's agent, Barry Meister, said in a telephone interview with The Associated Press.

"Scott is clean and sober and has been for a significant period of time and is fully prepared to continue his career. He has had no problems at Cardinals camp, is in great shape and was and is looking to have a great 2008 season," he said.

"We've never been able to talk to him," Irvine police Lt. Rick Handfield said. "The detective has expressed an interest in having Mr. Spiezio come to California."

Spiezio won World Series championships with Anaheim in 2002 and St. Louis in 2006. He has cultivated a hard-rocking image during his 12 seasons in the majors and plays in the heavy metal band SandFrog.

Spiezio was entering the final season of a two-year, $4.5 million contract. He was released the same way most players are cut, for failure "to exhibit sufficient skill or competitive ability."

Asked about Spiezio's release, Cardinals manager Tony La Russa said, "I think it's a consistent message about what the team represents."

"It wasn't like he escaped last year without catching some heat and the organization acting to try to get him right," he said.

When the Cardinals activated him from the restricted list last September, Spiezio said, "I was out of control for a while. I learned a lot and I'm ready to start contributing in a good way now."

At the time, Spiezio said he'd been struggling with substance abuse for six or seven months, although he wouldn't disclose the substance, saying, "I'll save that for the book."

Spiezio played in Seattle for two seasons before joining the Cardinals in 2006 and helping them win the World Series that year.

Officers found a 2004 BMW registered to Spiezio had crashed into a curb and fence. The driver was seen running from the crash site, Handfield said.

Mozeliak said that he and La Russa met with Spiezio and his agent before spring training started to discuss the accident. The GM said team officials did not know until Wednesday that alcohol was allegedly involved.

"We were led to believe that there was a chance that some of this was not going to gravitate to the level that it did today," Mozeliak said. "Obviously what came to light today changed how we looked at it. We decided we had to react."

Spiezio was devastated by the death of Cardinals pitcher Josh Hancock, who was legally intoxicated when he crashed into the back of a flatbed truck last April.

Spiezio said the situation might have pushed him deeper into dependency.

"You've got to put yourself in the right situations, sometimes change friends or go out to breakfast with a friend and not to a place where you can start making bad decisions," he said in January. "I've got to be in a frame of mind where I can't lose focus in any way."

Copyright 2008 by The Associated Press

Damn the AP for bringing this up! Looks I'll lose some sleep tonight! 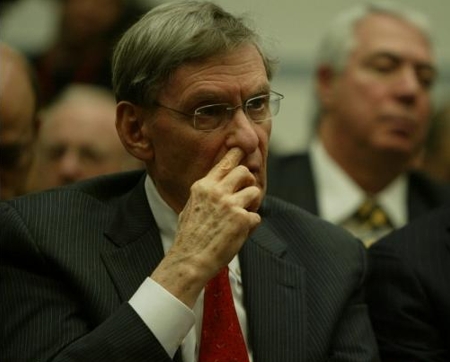 by Fleenor_61 » Tue Dec 26, 2017 3:40 am
Reply with quote
I know it’s quite an old thread but my cousin has always told me how rich and influential get away with things when it comes to legal matters. I have worked for a Los Angeles DUI attorney and have seen all these things closely.
Post a reply
Return to “Sports Board”